Apologies for the apparent dearth of gold and precious metals articles from me published here this week.  Its not that I haven’t been writing – I have – but most of my work in the past week has been going direct to Mineweb – my main source of income –  so you can still read my thoughts and comments on what’s happening in gold and silver – and sometimes in other metals too – (notably platinum in the past week) so you can always read them there.

Here follow links to some of my recent Mineweb articles.  I’d hate to deprive you of my thoughts however obscure they may be!  Apologies if you have already read all or any of them

Can platinum regain its premium over gold in Q2-Q3?

Have the big banks been manipulating gold and silver prices?
African mineral development risk: The best and worst nations

And my latest – published today:

Frank Holmes, Chief Investment Officer for U.S. Global Investors, in his keynote panel presentation at the Cape Town Mining Indaba, reckons that China has already passed the $100 billion outward investment mark.  One of the key areas for this is to tie down future supplies of vital natural resources and Africa is a vital area for much of the Asian dragon’s resource investment.

Back in July 2013, the think tank Heritage Foundation predicted that China’s outbound investment “could very well exceed $80 billion [by the end of the year] and is on course to breach $100 billion by about 2016.”

With all due respect to the Heritage Foundation, China just beat the forecast by a couple of years, exceeding the $100 billion mark at the end of 2014. For the first time, in fact, China invested more capital outside its own borders than it did inside. As legendary Major League Baseball player and coach Yogi Berra once quipped: “It’s tough to make predictions, especially about the future.”

Be that as it may, it’s now estimated that within the next decade, China will have invested a staggering $1.25 trillion into the global market.

It was once said that the sun never sets on the British Empire. Now the same might be said of China’s growing influence around the world. 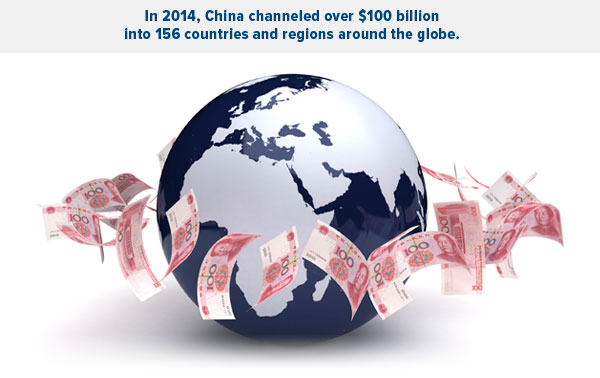 One of the most headline-worthy developments is China’s $16.3-billion infrastructure initiative intended to revive trading routes along the centuries-old Silk Road. Thousands of miles of railways, roads and pipelines will link Beijing to major markets all over Asia, Africa and Europe.

We all know that China is a big place with lots of people. As such, it requires unfathomable amounts of resources, for which it’s spending historic amounts of money. Between 2005 and June 2013, China spent $202 billion globally on energy and power, $100 billion on metals and $18 billion on agriculture.

Since 2005, China’s spending in Africa has jumped 30 percent, and in 2009 it became the continent’s largest trading partner, surpassing the U.S. Every year it exchanges around $160 billion in goods with Africa, but with China’s middle class growing in number and demanding a higher quality of living, we expect that figure to surge.

Its largest trading partner among all African countries is South Africa, where I’m attending the 2015 Investing in African Mining Indaba and participating in a keynote panel on mining opportunities on the continent. Twenty years ago, we were the initial speakers at the creation of this event when there were only around 100 attendees. Last year, there were over 6,000, making it the biggest mining conference in Africa.

Some economists are suggesting that Africa is shaping up to be “China’s Second Continent,” the title of New York Times journalist Howard W. French’s 2014 book. Just as the Roman Empire reshaped and brought together disparate European cultures through its sophisticated network of roads, China’s presence in Africa promises to have a long-lasting effect on the continent’s financial wellbeing. Roads, mines, hospitals, schools and other important infrastructure are being financed and built at a rapid pace. Last November, for example, China Rail Construction Corp. signed a $12-billion high-speed rail construction deal with Nigeria. 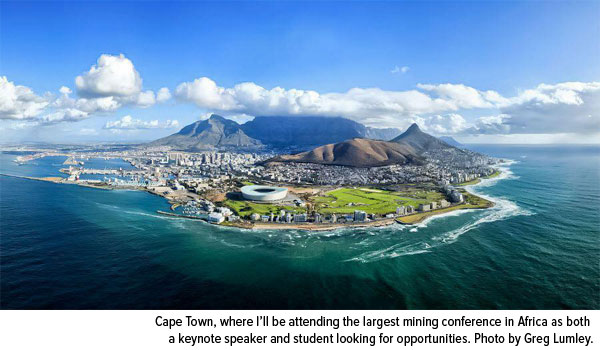 Funneling Capital Around the World

Back in December, I discussed at length Premier Li Keqiang’s desire to turn China into the go-to country for the world’s high-speed rail construction. The country also shows signs of becoming a major creditor on the scale of the World Bank. According to Business Insider, it’s already overtaken other nations as a “primary source of credit for the developing world.”

The article continues: “When China invests in one country, it quickly becomes the biggest creditor, sometimes to the extent of altering the economic and diplomatic scenario.” Many developing countries now owe China many times more what they receive from the International Monetary Fund.

Last week, for instance, we learned that Chinese President Xi Jinping promised $250 billion in investment in Latin American countries over the next decade. China will be buying copper from Chile and Peru, oil from Venezuela and soybeans from Brazil and Argentina. Xi and Argentine President Cristina Fernandez de Kirchner also agreed on a deal that would see China cooperate with the Latin American country on two nuclear power plants. 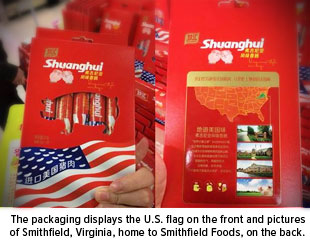 It’s not just developing countries China has invested in. Since 2007, the U.S. has received around $72 billion. Among the American brands that Chinese companies have purchased are AMC Entertainment, Inc., IBM’s personal computer division and meat giant Smithfield Foods. WH Group, which owns the Shuanghui brand, acquired Smithfield in 2013 and is now introducing imported U.S. pork to the local Chinese market.

This is just one of many examples of the Chinese preferring American brands to others. Buick, the best-selling automobile manufacturer in the Asian country, sold 1 million vehicles in 2013—810,000 of those in China.

Indeed, the U.S. continues to be the engine of the world in a time of Chinese and European deflationary risks. Having said that, I’m troubled by the fact that American business startups have been steadily declining over the past 30 years. For the first time in 2008, the “death rate” of businesses crossed above the “birth rate.”

Although Gallup says that “there has been no definitive answer as to why the rate of U.S. startups has declined so precipitously,” it seems likely that ever-expanding and restrictive government regulations play a huge role.

Now compare this to what’s happening in China:

Back in October, I pointed out that China has slashed hundreds of lines of red tape in an effort to jumpstart economic growth and encourage business startups. Even though its real GDP growth is slowing, the country has become much more efficient at fostering business activity.