The outcome of the November 6th voting will be a big deal for investors, including gold and silver bugs. The metals, perhaps more than most other asset classes, are sensitive to geopolitics.

Let’s break down what the potential voting outcomes might mean for the factors currently driving the metals. 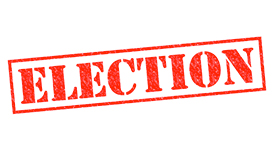 Let’s start with the equity markets. Stocks got a boost from President Trump’s election and subsequent tax cuts. Last week, the President floated the idea of additional tax cuts and he wants to pass a major infrastructure spending bill.

Not much of what he wants will get done unless Republicans do well at the ballot box. Republicans retaining control in Congress almost certainly represents the best-case scenario for stock prices.

Perversely for metals investors who favor the President’s policies, a positive outcome for the GOP could negatively impact gold and silver prices, at least in the short run.

Rising stock prices and the pervasive “risk on” attitude on Wall Street limits demand for safe-haven assets. We will need plenty of inflation reaching beyond equity markets and real estate for metals to win in that scenario.

Alternatively, gridlock in Washington based on Democrats winning one or both houses may not be good news for stocks. The metals may get a boost, however.

Despite what officials at the central bank say, they are not independent. We wonder if they will respond to the President’s call to stop tightening, or if the cartel of private bankers which holds formal ownership of the Fed has something else in mind.

The President is blaming the recent weakness in stocks on the Fed’s move to raise interest rates.

A further sell-off, perhaps sparked by a Republican defeat at the polls, could push Trump to replace Jerome Powell with someone more amenable – particularly if the FOMC stays the course and delivers another hike in December and beyond.

Metals markets would likely rally following a policy reversal at the Fed. Such a move would demonstrate markets are hopelessly addicted to stimulus and money creation.

That said, the alternative scenario is likely to prove the same thing. Markets are already beginning to struggle in the face of rising rates. If officials stay the course and hike again in December, the wheels could finally come off for equities.

The jig is about up, in our view. The bizarre combination of rising stocks, rising interest rates, near total complacency in the traditional asset markets, and the dollar getting stronger in foreign exchange markets can’t last forever.

The reason those conditions have persisted in unison as long as they have brings us to the last point for consideration; market rigging. While it looks like the central planners are reaching the end of their ability to manage performance across the spectrum, we have underestimated them before.

Unfortunately, manipulation is here to stay. There is absolutely no reason to expect the midterm elections will lead to more honest markets.

Nobody in Washington is talking seriously about reform. The President wants the Fed to return to stimulus. Congressional Republicans and Democrats both count on central bankers to support massive deficit spending.

The Fed will retain carte blanche to intervene in any and all markets regardless of who wins, unfortunately. We look forward to seeing what officials there have in mind for the US economy and how much longer they can avoid the sort of inevitable “policy error” which unleashes the next reckoning in our markets.