President Donald Trump’s administration is playing a game of high-stakes international chess with Russia, Iran, Turkey, China, and other countries viewed as adversaries in trade and geopolitics.

It’s not necessarily the case that tariffs, sanctions, and blustering will result in a hot war. More likely, escalating strife between the U.S. and a bloc of much more populous adversaries will push them to unite more closely to undermine and ultimately dethrone King Dollar.

The U.S. has long been the grandmaster – the dominant player on the geopolitical board – owing largely to its unique reserve currency status.

But all that is in the process of changing. As Washington, D.C.’s international adversaries pursue contra-dollar alliances, it could soon be checkmate for King Dollar.

The countries being targeted with tariffs and sanctions have a much larger combined GDP and a combined population that is multiples of the United States.’ What if a contra-dollar bloc formed that was determined to isolate the U.S. from the world financial system?

Russian Deputy Foreign Minister Sergei Ryabkov recently told International Affairs, “The time has come when we need to go from words to actions and get rid of the dollar as a means of mutual settlements and look for other alternatives.”

Foreign Gold Buying Is Ramping Up

One of those alternatives is gold. The Central Bank of Russia is ramping up its gold buying and reducing its holdings of U.S. Treasuries. In recent years, in fact, Russia has been the largest official buyer of gold – followed closely by China.

Earlier this year, the Shanghai International Energy Exchange launched a futures contract for crude oil priced in Chinese yuan. Now Chinese and other international traders can trade the world’s most important energy commodity in a liquid market without using U.S. dollars.

China has also launched a pilot program to purchase oil from Russia and Angola (two of its top suppliers) using yuan. It’s another gambit in the currency war being fought by major powers that have been targeted by the U.S. administration for punishment.

Those calls turned out to be premature. The petro-dollar lived to fight another decade, boosted the perception of the U.S. dollar as a safe haven during the financial crisis and later by the shale oil fracking boom that saw North American oil production surge.

Whether this method of production is sustainable at current oil prices remains to be seen. What’s not sustainable is the U.S. government (officially $21 trillion in debt) being able to extend itself militarily and through punitive economic measures to prop up the petro-dollar.

According to Gal Luft of the Institute for the Analysis of Global Security, “The main front where the future of the dollar will be decided is the global commodity market, especially the $1.7 trillion oil market.”

If China wants to buy oil from Saudi Arabia in yuan, from Russia in rubles or from Iran in gold, then OPEC nations and other major energy exporters will surely figure out how to accommodate their biggest customers. 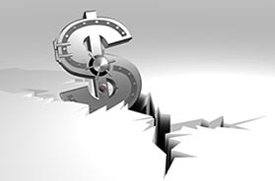 Whether a new global standard emerges or multiple competing standards rise in tandem, the dollar’s multi-decade run as the world’s dominant transactional currency could end on Trump’s watch.

The trend in the value of the dollar versus other fiat currencies and gold is another question.

China doesn’t actually want the greenback to go down versus its yuan – at least not at this point in the currency wars.

The one alternative currency that stands to benefit as the major national currencies battle each other is gold. It’s the only monetary asset that has proven to be resilient against all economic and geopolitical threats.

*Stefan Gleason is President of Money Metals Exchange, the national precious metals company named 2015 “Dealer of the Year” in the United States by an independent global ratings group. A graduate of the University of Florida, Gleason is a seasoned business leader, investor, political strategist, and grassroots activist. Gleason has frequently appeared on national television networks such as CNN, FoxNews, and CNBC, and his writings have appeared in hundreds of publications such as the Wall Street Journal, TheStreet.com, Seeking Alpha, Detroit News, Washington Times, and National Review.

One thought on “Gold accumulations could checkmate the petrodollar”