Tuesday marked the last day that countries could submit their applications to become founding members of the new China-led Asian Infrastructure Investment Bank (AIIB). As of this writing, a little over 40 nations have either already been approved or have applied for membership, including strong U.S. allies such as Britain, Germany and Australia.

Notable absentees, as you can see below, are the U.S. and Japan.

Conceived to serve as an alternative to Western-dominated sources of credit such as the World Bank, International Monetary Fund (IMF) and Asian Development Bank, the AIIB will aim to invest in regional infrastructure projects ranging from energy to transportation to telecommunications.

The new development bank, which is expected to launch later this year, will have $100 billion in capital to begin with—a massive mountain of money, to be sure, but it falls far short of the estimated trillions that will be necessary to fund Asia’s astronomical infrastructure demand.

China’s creation of its own global bank highlights the country’s desire to wield more control over funding such projects. It currently commands only 5.17 percent of the vote in the World Bank and 3.81 percent in the IMF. 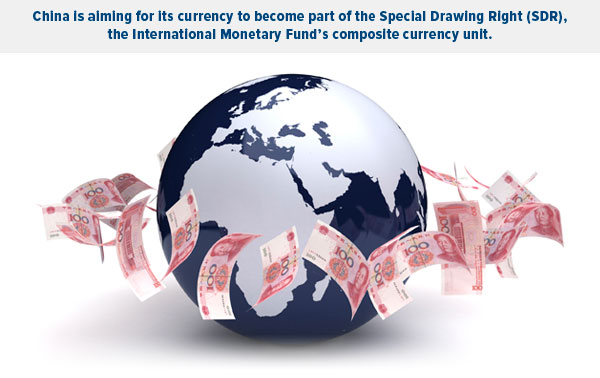 And so the currency wars continue to heat up. China’s move demonstrates its ongoing efforts to establish the yuan as a global reserve currency on par with the U.S. dollar. It’s no secret that the country wants the yuan to become part of the IMF’s Special Drawing Right (SDR), a composite currency unit that now consists of the dollar, Japanese yen, British pound sterling and euro. The founding of the AIIB might very well bring the country closer to realizing these goals.

Chinese stocks are currently having a moment. Mainland A-shares, as measured by the benchmark Shanghai Composite Index, are up an incredible 92 percent for the 12-month period on the back of strong recent performance in the financial, property and infrastructure industries.

There’s generally a high correlation between the A-share market and China and Hong Kong, but the A-shares have outperformed by a wide margin over the past year.

Chinese policymakers have recently eased quota controls for foreign investors in mainland stocks and bonds, as they promote the yuan to be accepted as an SDR. The potential for greater inflows into the market should help the Shanghai Composite head even higher.

Our China Region Fund (USCOX) has participated in this rally through the Morgan Stanley China A Share Fund and a closed-end fund.