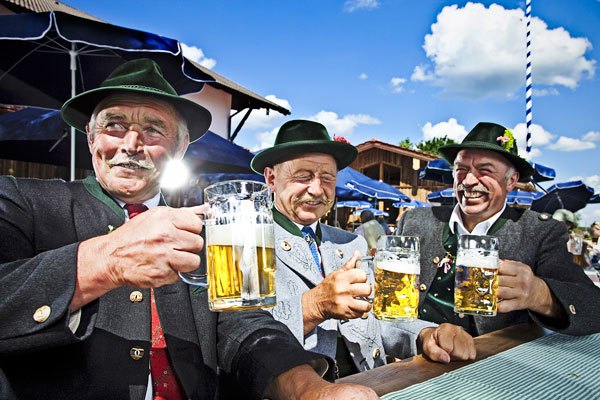 When I talk about Indians’ well-known affinity for gold, I tend to focus on Diwali and the wedding season late in the year. Giving gifts of beautiful gold jewelry during these festivals is considered auspicious in India, and historically we’ve been able to count on prices being supported by increased demand.

Another holiday that triggers gold’s Love Trade is Dussehra, which fell on September 30 this year. Thanks to Dussehra, India’s gold imports rose an incredible 31 percent in September compared to the same month last year, according to GFMS data. The country brought in 48 metric tons, equivalent to $2 billion at today’s prices.

As I’ve shared with you many times before, Indians have long valued gold not only for its beauty and durability but also as financial security. Indian households have the largest private gold holdings in the world, standing at an estimated 24,000 metric tons. That figure surpasses the combined official gold reserves of the United States, Germany, Italy, France, China and Russia.

See which countries have the largest gold reserves!

But as attracted to gold as Indians are, they weren’t the world’s biggest investors in the yellow metal last year, and neither were the Chinese. According to a new report from the World Gold Council (WGC), that title shifted hands to Germany in 2016, with investors there ploughing as much as $8 billion into gold coins, bars and exchange-traded commodities (ETCs). This set a new annual record for the European country.

Germany’s rise to become the world leader in gold investing is a compelling story that’s quietly been developing for the past 10 years. Before 2008, Germans’ investment in physical gold barely registered on anyone’s radar, with average annual demand at 17 metrics tons. The country’s first gold-backed ETC didn’t even appear on the market until 2007.

But then the financial crisis struck, setting off a series of events that ultimately pushed many Germans into seeking a more reliable store of value.

“While the world fretted about Lehman Brothers, German investors worried about the state of their own banking system,” the WGC writes. “Landesbanks, the previously stable banking partners of corporate Germany, looked wobbly. People feared for their savings.”

All of this had the effect of rekindling German investors’ interest in gold. As I’ve explained before, gold prices have historically surged in that country’s currency when real government bond yields turned subzero. What we saw in Germany was no exception. 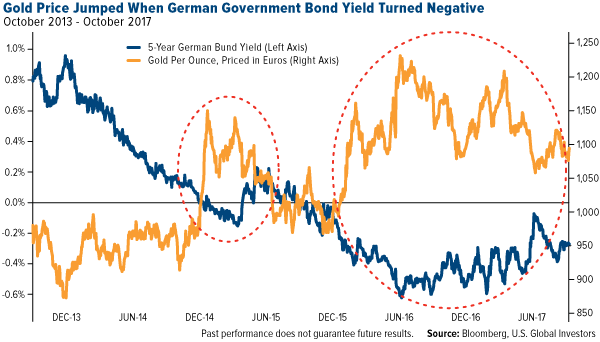 As the WGC points out, Germans are acutely aware that fiat currencies can become unstable and lose massive amounts of value. In the 1920s, the German mark dipped so low, a wheelbarrow overflowing with marks wasn’t enough to buy a single loaf of bread. In the past 100 years, the country has gone through eight separate currencies.

It’s little wonder, then, that a 2016 survey found that 42 percent of Germans trust gold more than they do traditional money.

This is where Germans and Indians agree. The latter group’s faith in the banking system has similarly been eroded over the years by regime changes and corruption, and gold has been seen as real money.

It’s not just individual German investors who harbor a strong faith in gold. The Deutsche Bundesbank, Germany’s central bank, spent the past four years repatriating 674 metric tons of Cold War-era gold from New York and Paris. The operation, one of the largest and most expensive of its kind, concluded in August. Today the central bank has the second largest gold reserves in the world, following the U.S. Federal Reserve.

With Germans’ demand for gold investment products having already reached epic proportions, what can we expect next? Will interest continue to grow, or will it recede?

Analysts with the WGC believe there is room for further growth, citing a survey that shows latent demand in Germany holding strong. Impressively, 59 percent agreed that “gold will never lose its value in the long-term.” That’s a huge number.

Regardless of whether or not investment expands in Germany, this episode shows that gold is still seen as an exceptional store of value, and trusted even more so than traditional fiat money. For gold investors, that’s good news going forward.

2 thoughts on “The Germans: Now the world’s biggest gold buyers”