The more immediate – and perhaps more important – policy move pending from the central bank is its plan to gradually reverse its Quantitative Easing bond buying program starting in October.

Yellen calls it “balance sheet normalization.” She is right in acknowledging that there’s nothing normal about the $4.5 trillion balance sheet the nation’s currency custodian has built up following the financial crisis of 2008.

Whether the Fed’s bond portfolio ever will get “normalized” to pre-crisis levels will depend on how markets react to the Fed’s attempt at Quantitative Tightening beginning next month.

The Fed technically won’t sell bond holdings into the market. Instead it will let bonds mature without rolling them over. The effect on the market will be as if a regular, reliable, very big customer stopped buying.

Initially, the Fed will allow $10 billion in Treasuries and mortgage-backed securities to mature off its balance sheet per month. Over the next year, the pace of “normalization” will accelerate. It is slated to eventually reach $50 billion per month.

Quantitative Tightening, if it goes through as planned, will withdraw hundreds of billions of dollars’ worth of liquidity from the financial system. Fed chair Yellen thinks the impact on long-term interest rates will be minor.

She has to know that the risks to the equity markets are huge. After all, her predecessor, Ben Bernanke, touted the bond buying program as an effective way to boost the stock market. Since 2009, the stock market has followed in roughly the same direction as the Fed’s balance sheet.

The latest run-up in stocks since the 2016 election has been different in character. The Fed’s balance sheet hasn’t expanded during this period. Instead, optimism toward the prospects of stimulus in the form of tax cuts has helped lift equity valuations.

This fall, investors could get hit with political disappointment on the tax front (if recent legislative let downs are any indication) coupled with monetary tightening. We may soon find out how much the stock market can take… until it finally breaks. 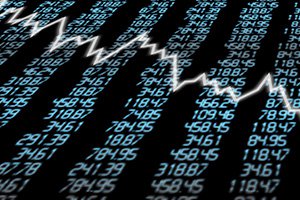 As for precious metals markets, they are less sensitive to changes in interest rates than bonds or equities. Conventional wisdom is that quantitative tightening and higher rates will be bad for gold and silver. That conventional wisdom seems to be confirmed by the pullback in metals since the Fed’s September meeting.

A pullback, however, does not make for a trend!

Gold and silver prices are still up since Janet Yellen first raised rates back in December 2015. In fact, that rate hike coincided with a major cyclical bottom in the precious metals.

It’s worth recalling what happened back when the third round of Quantitative Easing (“QE3”) was announced in September 2012. At the time, many analysts assumed that QE3 would provide an immediate boost to gold and silver prices. Instead, the metals markets responded counterintuitively. They declined for several months following the Fed’s announcement.

The lesson is that precious metals markets don’t move in direct sympathy with Fed easing or tightening. Nor are they necessarily hurt by rising long-term interest rates, as is the conventional wisdom (at least among precious metals naysayers and ignoramuses).

Gold and Silver Have Almost No Correlation to NominalInterest Rates 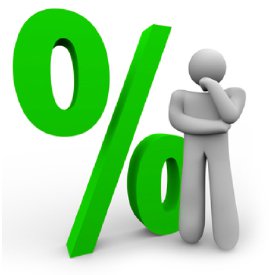 There is also the safe-haven factor. Demand for physical precious metals has been soft since the “Trump rally” began. As the stock market hits record after record and the bond market chugs along, conventional investors see no need to seek the safety of sound money.

Of course, it’s inevitably the case that the masses will be extremely bullish at market highs (and extremely gun shy at market lows).

It’s been a long time since any real fear has entered the conventional markets.

Nobody on Wall Street seems terribly concerned about the Fed’s plans to tighten in the fourth quarter. But the bond market is starting to reflect some preemptive selling.

October and November are known for their potential to get volatile. A jump in volatility would mean downside for stocks. Precious metals markets could go either way. Given the risks to conventional financial assets posed by the Fed, owning gold and silver is a smart way for investors to hedge themselves.