The cycle for any commodity follows the same basic pattern…

When prices are low, production falls. As new supplies diminish, the market tightens and prices move higher. The higher prices incentivize producers to invest in production capacity and increase output. Eventually, the market becomes oversupplied, prices fall, and the cycle starts all over again.

Of course, this is a simplified model of what drives commodity cycles. Booms and busts can be amplified and extended by speculators, by unexpected shifts in demand, or even by interventions from central banks and governments.

Regardless of the causes, commodity markets will always be cyclical in nature. Commodities as a group can be pressured upward or downward by extrinsic forces such as monetary inflation or credit contraction.

However, any individual commodity – whether oil, corn, copper, gold, silver, platinum, or palladium – may be in its own particular stage within the commodity cycle at any given time.

As a resource investor, it’s important to have some idea of whether you’re investing in a commodity at a time in the cycle when it’s favorable to do so. Some technical analysts ascribe four-year cycles to some markets, longer duration cycles to others, and shorter-term cycles that operate within longer-term cycles. The reality is that cycles can’t be counted on to run their course within any prescribed time frame.

There are historical patterns and tendencies, to be sure. Gold, for example, tends to be less correlated to swings in the economy than oil and industrial commodities. Gold can remain in a major trend for years or even decades.

Commodities Are Moving into a Diminishing Supply Phase

Chart reading is always a tenuous undertaking, but when combined with supply and demand fundamentals, it can help investors identify favorable times to be a buyer or seller. Right now it appears that gold, silver, oil, and other commodities are transitioning one by one into a period in the commodity cycle of diminishing supply. 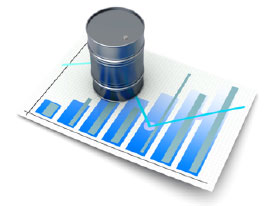 In the case of crude oil, which is the most economically important and most widely followed commodity, the major storyline in recent months has been a supply glut.

North American shale production has swelled inventories in the U.S. But oil prices have been quietly advancing.

What does the market know that isn’t showing up in all the seemingly bearish headlines for oil? The longer-term supply outlook actually augers for shortfalls… and much higher prices. According to the International Energy Agency (IEA), new oil discoveries in 2016 sunk to their lowest number in decades.

The oil industry slashed spending on developing new supplies in response to low prices. ExxonMobil, for one, cut its capital expenditures by 26% ($10 billion) in 2016.

The IEA warns that in order to offset recent declines and meet rising global demand, the oil industry needs to develop 18 billion new barrels every year between 2017 and 2025. Oil’s recent price range in the mid $40s to mid $50s per barrel doesn’t seem to be incentivizing the necessary new production capacity. Higher prices appear to be in store over the next few years.

Mining Is an Energy-Intensive Business

Higher energy costs would mean higher production costs for the gold and silver mining industry. Mines are already having to process more and more tons of earth to extract ounces of valuable metals. 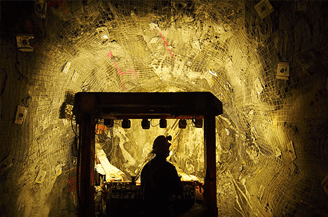 Physical precious metals are, in a very real sense, a form of stored energy. Think of all the energy inputs required to move the earth, to separate relatively tiny quantities of precious metals from tons upon tons of rock and dirt, to refine the raw ore into pure gold, silver, platinum, or palladium, and finally to mint the precious metal into bullion products.

A position in physical gold and silver should be viewed as a core long-term holding. However, there are some times in the commodity cycle that are more favorable than others for buying.

There are times when you may even want to sell a portion of your position. Right now, the cycle appears to be in the early stages of turning bullish for commodity prices – making it a favorable time to be taking out long positions in hard assets.

One thought on “The Commodity Cycle: What It Means for Precious Metals Prices”