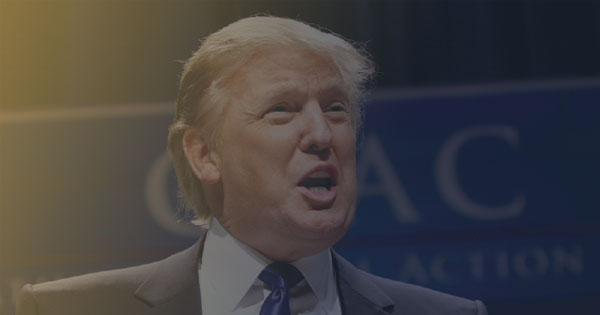 The first 100 days of the Trump administration have brought some surprises and disappointments – as well as some new threats and new opportunities for precious metals investors.

Among the disappointments was President Trump’s inability to push Obamacare repeal through Congress. The White House intended for the GOP’s replacement to reduce the deficit and lay the groundwork for tax cuts.

Now there is a very real chance that no tax reforms whatsoever will be passed this year. And that would be an even bigger disappointment to many investors. Ideological divisions within the GOP may well lead to debt ceiling brinksmanship and a possible government shutdown.

Trump’s surprise about-face on foreign policy in ordering bombings in Syria could have far-reaching implications for U.S. relations with other problem regimes including Iran, Russia, China, and North Korea. The geopolitical risks going forward are many and range from a new Cold War, to trade and currency wars, to the worst-case scenarios of a North Korean attack on Hawaii or an all-out nuclear war.

The debate over what to do about Assad’s regime in Syria is a sideshow compared to the looming conflict with China. Unlike Syria, China is a major world power that has the ability to hurt the U.S. economically and undermine its geostrategic position in the world.

The Chinese economy is drowning in debt that is tied to overvalued real estate and overbuilt infrastructure (including its infamous “ghost cities”). The only way to avert a crash may be for Chinese authorities to devalue their currency.

That’s exactly what Jim Rickards, author of Currency Wars and The Death of Money, thinks will happen. He expects the Chinese yuan to be devalued. That, in turn, could trigger turmoil in U.S. financial markets and an angry response from the Trump administration.

During times of rising geopolitical uncertainty, precious metals tend to benefit from safe-haven inflows. So far in 2017, gold and silver have been off the radar of most investors as global equity markets have remained stubbornly elevated – seemingly impervious to any bad economic news or troubling developments in international relations. 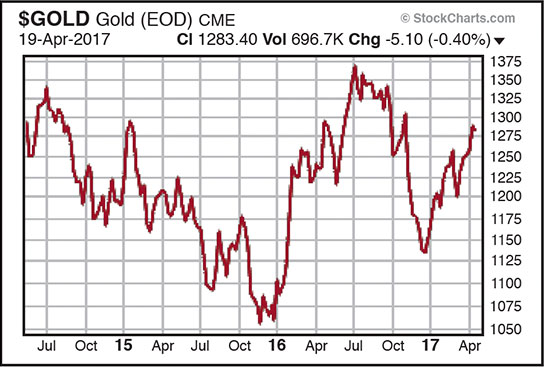 Gold (and silver) have performed well so far during Trump’s presidency.

Maybe investors are willing to give President Trump an extended honeymoon period. But at some point, optimism toward the Trump economy will crack if he and the GOP Congress can’t find a way to deliver on their core promises to voters.

At some point, tensions with foreign adversaries could escalate and blow back on markets.

At some point, the Federal Reserve could raise rates one too many times and trigger a stock market meltdown.

Of course, there is no guarantee that any of the extant threats to financial markets will redound to the benefit of precious metals markets. As long as the Fed remains committed to raising rates, the U.S. dollar stands to gain against foreign currencies – at least in theory.

So far in 2017, the Greenback has drifted slightly lower despite hawkish gestures from the Fed. Gold and silver, meanwhile, have performed well so far during Trump’s presidency. In April, gold prices broke out above a resistance level near $1,260/oz.

The Fed was supposed to be bullish for the dollar and bearish for precious metals this year. So far, that popular expectation has been proven wrong.

If you try to trade in and out of gold and silver positions based on what’s in the news, you’ll get constantly whipsawed. Sometimes events in the world that ought to be bullish for gold end up having no effect or a negative effect on prices. And sometimes seemingly bearish headlines kick off rallies rather than price drops.

As we’ve advised before, investors should expect the unexpected. We live in an unpredictable world and are governed by an unpredictable White House. The best way to make sure you’re never caught off guard is to always hold a core position in physical precious metals.