Most analysis of gold and silver markets tends to be U.S.-centric. However, the next secular trend in precious metals markets may have less to do with U.S. debt, U.S. politics, the U.S. central bank, and the U.S. dollar and more to do with a gigantic new source of demand.

It’s not the 1970s anymore. Back then, big moves in the metals markets were centered on United States. The great gold and silver mania of the late 1970s was driven by inflation fears and a rush of speculative demand. Although coin dealers struggled to keep up, there was no actual global shortage of physical metal, and spot prices crashed after manic buying peaked in January 1980.

Today, it’s a whole new world when it comes to sources of gold demand. Gold prices are still quoted in dollars, but international buying and selling now figures much more prominently in determining those prices.

Over the past four decades, the populations and buying power of Asian countries have soared. As they have become wealthier, they have bought more gold. India is now the world’s number one consumer of gold. India and China together now make up more than half of all world gold demand, according to the World Gold Council.

The recently launched Shanghai Gold Exchange will make China one of the leading players in physically settled gold contracts. No longer does the global gold trade have to go through the New York or London paper markets.

Going forward, the fastest growing source of gold demand could come from the Islamic world. Iron-fisted Islamic law imposes strict rules on the types of financial instruments that can be held in compliant accounts. Among the assets that are now permitted are physical precious metals.

The Accounting and Auditing Organization for Islamic Financial Institutions recently approved a new Shariah Standard on Gold. This new standard is expected to be widely adopted this year by Islamic banks, brokerages, and other financial institutions. It will enable gold to be held as an investment asset within Shariah-compliant accounts. 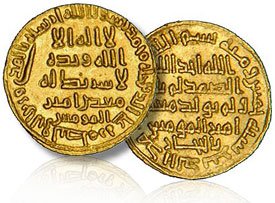 The upshot is that investment demand for gold among Muslims could surge by several hundred tons amounting to tens of billions of dollars. Total Shariah-compliant assets under management are estimated by the Islamic Finance Stability Board to grow to $6.5 trillion by 2020. If clients opted for just a 1% allocation to gold, that would translate into $65 billion – or more than half of annual worldwide gold production.

While the fertility rate of most Western cultures has been declining at an alarming rate, the Muslim population itself is rapidly growing worldwide. According to a report by the Pew Research Center, “if current demographic trends continue, the number of Muslims is expected to exceed the number of Christians by the end of this century.” That would make Islam the world’s biggest religion.

Muslim immigration is obviously a hot-button issue in the United States and Europe. But regardless of whether the West finally decides that enough is enough and puts a cap on Muslim inflows, the worldwide Muslim population will keep expanding. That’s ensured by the comparatively high rates of Muslim fertility.

Higher numbers of Muslims, plus rising standards of living in Asia, means non-Western demand for gold and silver can be expected to go up for the foreseeable future.

Supply Will Struggle to Keep Up with Rising Global Gold Demand

Supply, meanwhile, will be difficult to expand. Higher prices could cause new mines and new mining technologies to come online down the road. But for now, the tough economics of the mining industry point toward the likelihood of reduced output over the next few years.

All the gold dug out of all of the mines around the world in a year would amount to an 18-foot cube. That would be enough gold to make one person insanely wealthy! But it wouldn’t be anywhere near enough for each of the world’s 7.4 billion people to have so much as an ounce of gold… or even half an ounce… or even a tenth of an ounce. In fact, total world gold production amounts to less than 1/70th of an ounce per person. 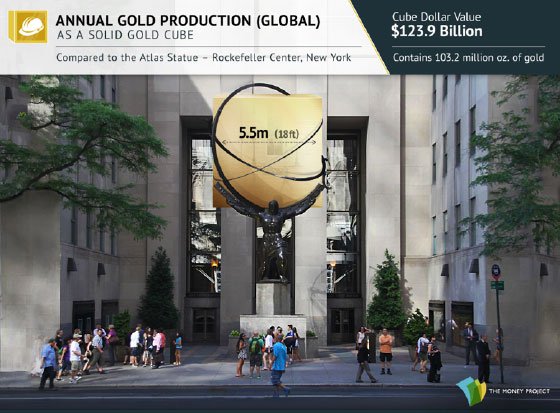 Of course, there remains large above-ground gold stockpiles that could theoretically be sold into the market to meet rising demand for things like jewelry, coins, and gold-backed investment products. The largest gold stockpiles belong to governments and central banks. And lately, they’ve been more inclined to accumulate bullion than to sell it.

It would likely take much higher prices to incentivize major gold holders to sell. In the meantime, rising Asian and Islamic demand for precious metals is a major long-term trend that will continue to play out regardless of where the U.S. economy heads. The impact on prices may not be immediate or even detectable on any given day, but over time it will be significant.

*Stefan Gleason is President of Money Metals Exchange, the U.S. precious metals company named 2015 “Dealer of the Year” by an independent global ratings group. A graduate of the University of Florida, Gleason is a seasoned business leader, investor, political strategist, and grassroots activist. Gleason has frequently appeared on national television networks such as CNN, FoxNews, and CNBC, and his writings have appeared in hundreds of publications such as the Wall Street Journal, TheStreet.com, Seeking Alpha, Detroit News, Washington Times, and National Review.

One thought on “Shariah gold – a whole new world of investment”