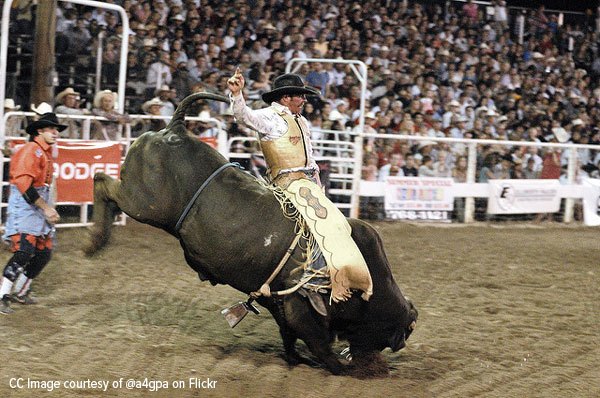 Commodity investors have had to endure a dry spell for a while now, but those days are starting to look as if they might be behind us. We see encouraging signs that a bottom has been reached and a new commodities super-cycle has begun, as global manufacturing expansion and inflation are finally gathering steam following the financial crisis more than eight years ago.

As a group, commodities had their first positive year since 2010, ending 2016 up more than 11 percent, as measured by the Bloomberg Commodity Index. 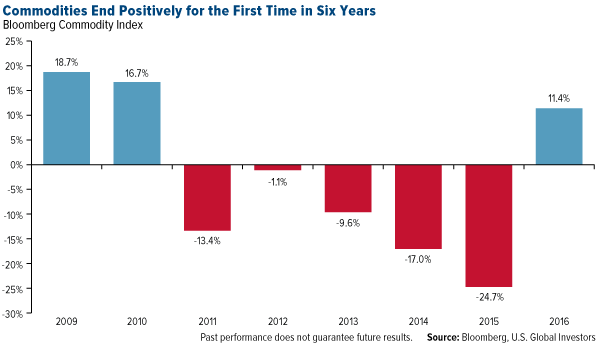 A large percentage of this growth occurred in the days following the U.S. election, suggesting the reflation trade is officially in motion, which should be supported in the coming weeks and months by President Donald Trump’s pro-growth policies.

Just this week, Trump signed executive orders to proceed with the controversial Keystone XL and Dakota Access pipelines, emphasizing that the steel to be used in their construction will be American-made. Following the announcement, stock in energy infrastructure company TransCanada, which is expected to resubmit plans for the pipeline after it was rejected by the Obama administration, immediately hit a new high, while shares of several steel companies traded up. 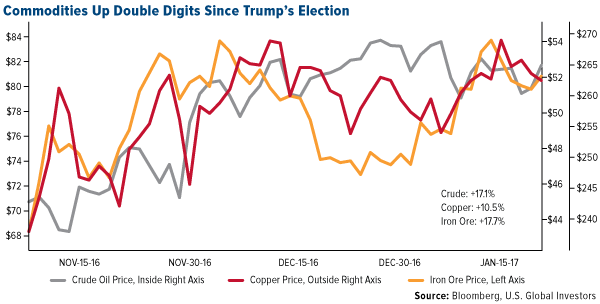 Of the 14 commodities that we track in our ever-popular Periodic Table of Commodity Returns—which has been updated for 2016 and is available for download—only two ended the year down: corn and wheat. All this, following the group’s worst annual slump since the 2008 financial crisis. 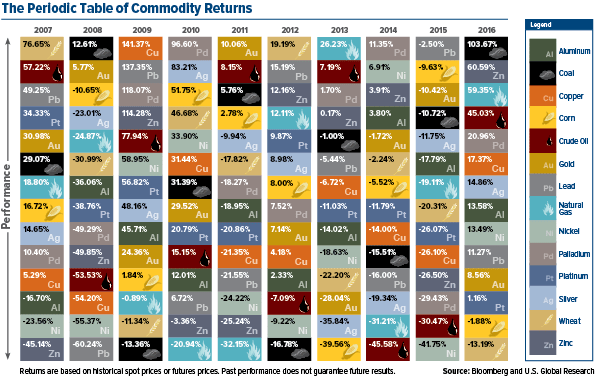 Back in May, Citigroup was first to say that the worst was over for commodities, and in December it made the call that most raw materials were poised to “perform strongly” in 2017 on global fiscal stimulus and economic expansion.

Now, for the first time in four years, Goldman Sachs has recommended an overweight position in commodities, following reports that revenue from commodity trading at the world’s 12 biggest investment banks jumped 20-25 percent in the fourth quarter of 2016 compared to the same period in 2015.

As reported by Bloomberg, Goldman’s head of commodities research, Jeffrey Currie, drew attention to the “cyclical uptick in global economic activity,” which is “driving demand, not only for oil but all commodities.”

“U.S. and China are focal points where we’re seeing the uptick,” Currie continued, “but even the outlook for Europe is much more positive than what people would have thought six months to a year ago.”

Indeed, manufacturing activity continues to expand at a robust pace, with January’s preliminary purchasing managers’ index (PMI) for the U.S. and the eurozone registering an impressive 55.1 and 54.3, respectively. We won’t know China’s January PMI until next week, but in December it improved at its fastest pace in nearly four years. As I shared with you earlier this month, the global manufacturing PMI expanded for the fourth straight month in December, reaching its highest reading since February 2014. I’m optimistic that it will expand again in January.

Again, we closely monitor the PMI, as our research has shown that it can be used to anticipate the performance of commodities and energy three and six months out. It looks as if the world’s big banks have begun to acknowledge this correlation as well. With the health of global manufacturing trending up, we see commodities demand following suit in the coming months.

Case in point: auto sales. Last year marked a new record high, with 88.1 million cars and light commercial vehicles driven off of car lots. That figure was up 4.8 percent from 2015. 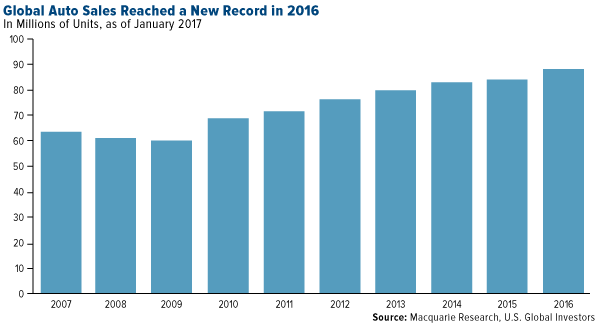 China was the standout, which increased sales 13 percent and saw 3.2 million new units sold. It should be noted, however, that sales were assisted by a 50 percent tax cut on smaller vehicles, which is no longer in place.

But consider this: Here in the U.S., the average age of cars and light trucks continues to creep up and is now 11.6 years, as of January 2016, according to IHS Markit. Improvements in quality is the main reason for the increase.

Even so, these aging vehicles will need to be replaced in the next few years, meaning domestic auto sales should remain strong. This bodes well for platinum and palladium, both of which are used in the production of catalytic converters.

But what about electric cars, which have no need for catalytic converters since they’re emissions-free? As I’ve shared with you before, electric cars—the demand for which continues to climb—use three times more copper wiring than vehicles with a conventional internal combustion engine.

There’s always an opportunity if you know where to look!