After years of buying based on progressively lower metal prices, bullion investors find themselves facing a dynamic that has been missing for awhile: higher prices. That leaves them in a bit of a quandary, and many are sitting on their hands.

Investors need to feel like they are getting a bargain – that prices can head much higher still. Many aren’t “feeling” it in the bullion markets. Now that silver has made a run back to $20/oz and gold is once again at $1,350/oz, the metals don’t seem cheap. Some investors are even grabbing the opportunity to sell.

The U.S. Mint finally caught up with orders for the silver American Eagle. Dealers are no longer faced with rationing by the dysfunctional government mint. And premiums for bellwether 90% silver U.S. coin bagsare falling. For the first time in years, there is more than enough being sold back into dealer stocks. 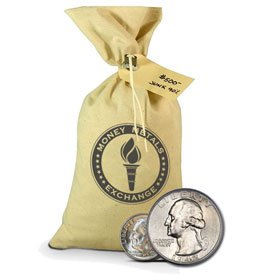 90% silver dimes and quarters are available at the lowest premiums in years.

That makes now a good time to take a look at the landscape and decide whether metals are topping out here – or if today’s prices still represent a bargain.

We can start with economic growth and what that implies for Federal Reserve policy. Last week’s report on second quarter GDP missed expectations by a mile – coming in at just 1.2%, and the anemic growth numbers in the prior two quarters were revised downward. The Wall Street Journal characterized the “recovery” in the U.S. as the “weakest of the post-World War II era.”

The author also points out that, at 7 years, this “recovery” is getting long in the tooth.

This reality doesn’t jibe with comments from the Fed. It’s an awkward time for our central bankers. They promoted wildly unpopular bank bailouts and programs to buy Wall Street’s most toxic and fraudulent loans. They printed trillions to monetize Treasury debt. They pushed interest rates down to zero, which has decimated seniors and others who depend on interest income.

They told us these measures were absolutely essential to returning the U.S. economy to solid footing. But this pathetic “recovery” is all they have to show for it.

It is cannot be totally ruled out that Fed officials could be right, that, after 7 years of tepid growth, the U.S. economy will finally lift off. That the Fed will finally normalize interest rates and no more stimulus will be necessary. There are market observers out there who still believe this to be possible.

We don’t buy it. Even if, by some miracle, our stimulus-addicted economy can find a way to grow during withdrawals of stimulus, Congress can no longer live without the Fed’s magic money machine.

The Congressional Budget Office is projecting the federal government will rack up another $9.4 trillion in debt in 10 years. That may be wishful thinking. They have a history of underestimating how much programs will cost. Normalizing interest rates 3-4% higher than they are currently will lead to crushing public and private debt service payments and send the economy off a cliff.

And no, electing Donald Trump as president won’t solve this problem either.

We suggest it would be wiser to bet on negative interest rates, or helicopter money, or both. That means the dollar has much further to fall and gold and silver prices are just getting started on their journey north. 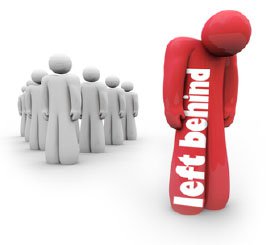 Bullion investors should also consider that, despite the rise in prices, the value proposition for gold and silver is quite compelling. Speculative interest in gold and silver futures is near all-time highs. Same for ownership in metals ETFs. Heavy speculative inflows in recent weeks may be cause for concern about precious metals markets overheating near-term. But by comparison, the bond and stock markets have been overheating for years.

The “smart” money is dumping stocks and looking for alternative assets given that equity prices are so high with so little in the way of profits to support them. Large investors aren’t buying Janet Yellen’s assurances about recovery, and they are increasingly uncomfortable with price to earnings valuations at the current levels.

Want to know something else institutional investors don’t love? A 1.5% yield on a 10-year Treasury note. They may be buying bonds – perhaps because they anticipate yields are going even lower or even negative – but the lower yields go, the more attractive metals become. No one has to sacrifice much interest to hold metals instead of cash or bonds.

Many hedge fund managers, including some who previously hated gold, are looking in consternation at inflated stock prices and epic low yields in the bond market and saying, why not? At least gold and silver are among the best performing assets of the year, and prices are still nowhere near all-time highs like bonds and equities.

There is certainly nothing wrong with bargain hunting. Bullion investors just need to remember that when prices are in an uptrend, finding a bargain means not waiting too long to buy.

*Clint Siegner is a Director at Money Metals Exchange, the national precious metals company named 2015 “Dealer of the Year” in the United States by an independent global ratings group. A graduate of Linfield College in Oregon, Siegner puts his experience in business management along with his passion for personal liberty, limited government, and honest money into the development of Money Metals’ brand and reach. This includes writing extensively on the bullion markets and their intersection with policy and world affairs.  This article first appeared on the www.moneymetals.com website

One thought on “Bullion bargain hunters could miss the boat”