The UK’s UKIP party leader, Nigel Farage, toiled for 17 years building a movement to lead the United Kingdom out of the European Union. A week ago, he stood in front hundreds of drab bureaucrats in the EU Assembly, most of whom have done little but snicker at his free-market ideals, and declared victory. He told them, quite plausibly, their political union is dying – and good riddance!  – [Editor: He has now resigned leadership of UKIP saying his job is done, but will undoubtedly remain vociferous in his anti-EU views] 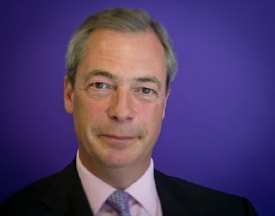 Fans of ‘liberty’ cheered for Farage and for Brexit. And, after the sharp recovery in equity indexes around the world, it looks like stock investors have begun cheering as well. Many say stock market losses sustained in the first couple of trading days were an overreaction. Maybe. Or maybe not.

It is way too early to sound the “all clear” signal, and the real Brexit fallout may still be ahead. The pound sterling is continuing to fall for example.  Here are some other developments that investors should weigh carefully…

Bond markets are not confirming the move higher in stocks. The yield on a U.S. 10-year bond made a new all-time low on Friday at 1.385%. German 10-year Bunds yield -0.12%. That’s right – a negative yield! Bund investors must pay the German government for the “privilege” of lending them funds.

That doesn’t jive with the rally in stocks. There are essentially two groups of people. One is buying stocks aggressively, shouting “Risk On!” The other is loading up on Treasuries and other “low risk” debt as a safe haven. One of these groups is likely to be horribly wrong.

The surge in precious metals prices corroborates the flight to safety we’re seeing in bonds. Bonds and metals may be telling investors something wicked this way comes.

Maybe we’ll see a new bank crisis. All is not well with global banks, and Brexit isn’t helping.

In news that was largely overlooked, EU officials just granted a $150 billion emergency bailout measurefor Italian banks who are drowning in bad debt. Italian officials used the panic around Brexit and fear of a run on their banks to lobby for the special accommodation. Portuguese banks aren’t in much better shape. 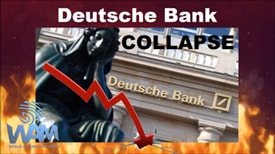 Then there is Germany’s Deutsche Bank (NYSE:DB). Last week the IMF hammered DB in a report labeling the troubled German firm as theriskiest financial institution in the world. DB holds something on the order of $70 trillion dollars in notional value of derivatives exposure. It also carries lots of “non-performing” loans.

And the low-interest-rate regime imposed by European Central bank is suffocating profitability.

Bankers introduced the world to the concept of “systemic risk” when Lehman Brothers collapsed. We discovered banks like to buy and sell derivatives such as Credit Default Swaps, purportedly to hedge risks. Some trader with Bank A buys the diseased bonds of Institution B. Or maybe the trader simply doesn’t like the prospects of B and wouldn’t touch the bonds with a 10-foot pole. Either way he figures B just might default, so A buys insurance in the form of a CDS from Firm C. It works great until B craters and takes C, who has been busily selling a bunch of these swaps to any and all comers, with them.

That’s what happened in 2008. The daisy-chain collapse began with Lehman Brothers and ended when the central bankers and bureaucrats stepped in with your money to make good on the spiraling losses.

There is no telling if Deutsche Bank or some other troubled bank is going to fail and set off a new daisy-chain. We can only say with certainty some smart people seem pretty worried about it. DB shares are trading well below the 2008 crisis lows, and the price of DB credit default swaps have risen dramatically. 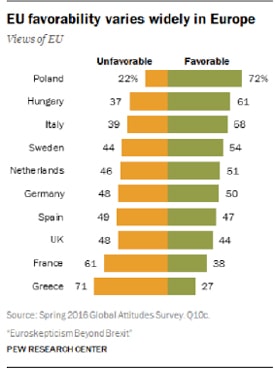 Much of the Brexit fallout is political and hard for markets to quantify. When Nigel Farage said the European Union is dying, he wasn’t just “Whistling Dixie.” Exit movements all over Europe got a big leg up following the British referendum, but EU favorability has been in decline for some time now. Debt crises and the flood of middle-Eastern refugees have people doubting if an unelected and unaccountable bureaucracy in Brussels will provide the solutions they seek.

Investors should note support for the EU is even lower in France and in Greece than it was in the UK. Spain, Germany, and the Netherlands aren’t far behind. Brexit may well signal the beginning of the end for the EU.

If it turns out Farage is right and the EU dies, markets won’t have much trouble finding the right answer with regard to the value of the euro. It will return to its intrinsic value: zero. In the meantime, we could be in for some wild market action as people on both sides of the political question line up and place their bets.