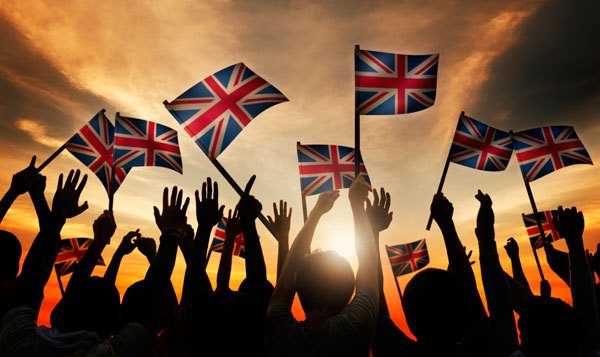 Defying sentiment polls leading up to last week’s historic Brexit referendum, British voters said “thanks, but no thanks” to excessive EU taxation and regulation, choosing to take back Britain’s sovereignty in financing, budgeting, immigration policy and other areas essential to a nation’s self-identity. It was a momentous victory for the “leave” camp, led by former London mayor Boris Johnson and U.K. Independence Party leader Nigel Farage, who invoked the 1990s sci-fi action film “Independence Day” by declaring June 23 “our independence day” from foreign rule.

As I’ve been saying the last couple of weeks, British citizens and businesses have grown fed up with an avalanche of failed socialist rules and regulations from Brussels, responsible for bringing growth and innovation to a grinding halt. Even if the referendum had gone the other way, it should still have served as a wake-up call to the European Union’s unelected bureaucratic dictators. Euroscepticism and populist movements are gathering momentum in EU countries from Italy to France to Sweden, and the week before last, fiercely independent Switzerland, which voted against joining the EU in the 1990s, finally yanked its membership application for good.

American voters should be paying attention. Many have already pointed out the parallels between the Brexit movement and Donald Trump’s populist campaign for president. This connection was not lost on Trump, who tweeted early Friday morning: “They took their country back, just like we will take America back.”

Britain’s decision to leave exposes the fragility of trade right now and mounting apprehension toward globalization. The EU is mired in tepid growth, and the blame cannot be pinned on immigrants, as some have tried to do. Instead, Brussels’ policies are anti-growth. Moore’s Law says the number of transistors in a microchip doubles every two years. That’s just a fact. American entrepreneurs embrace and indeed push the limits of technological innovation, but “Eurocrats,” to a large extent, seem to be in open opposition to it. This is why many large, successful American tech firms such as Facebook and Google are treated with such hostility in Europe. The bureaucrats are so against growth and prosperity, it wouldn’t surprise me if they tried to do away with Moore’s Law.

A Legendary Day for Gold

Immediately after results were announced, the British pound sterling, one of the world’s reserve currencies, collapsed spectacularly against the dollar, plunging to levels not seen since Margaret Thatcher’s administration. The euro, the world’s only fiat currency without a country, fell more than 2 percent.

Gold, meanwhile, screamed past $1,300 an ounce to hit a two-year high, proving again that the yellow metal is sound money and fervently sought by investors worldwide as a safe haven during times of economic and political uncertainty. 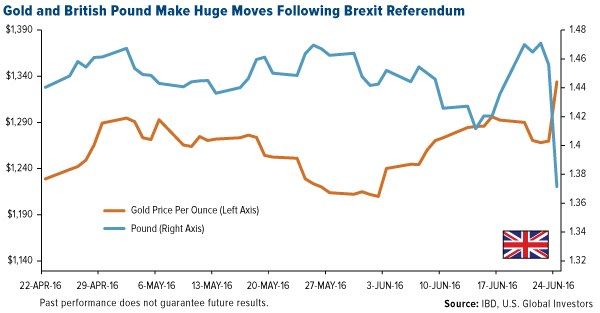 Uncertainty is indeed the order of the day. As the World Gold Council (WGC) put it on Friday, “It is difficult to find an event to compare this to.” Trading blocs have fractured before, but none as large and significant as the EU. As the world’s fourth most liquid currency, gold saw massive trading volumes. At the Shanghai Gold Exchange, an all-time record amount of gold was traded following the Brexit—the equivalent of 143 tonnes in all.

“We expect to see strong and sustained inflows into the gold market, driven by the intense market uncertainty that now faces the global markets,” the WGC wrote.

The Brexit lifted not just bullion but gold stocks as well, with many of them climbing to fresh highs. Shares of Barrick Gold shot up 10 percent in early-morning trading while Yamana Gold and Newmont Mining both saw gains of over 8 percent.

I’ve always advocated a 10 percent weighting in gold—5 percent in physical gold, 5 percent in gold stocks—with rebalancing done on a quarterly basis. Gold is now up at least one standard deviation for the 60-day period, meaning now might be a good time to take some profits and rebalance. It’s been a spectacular six months!

So What Happens Now?

As I said, global growth is unstable, especially in the EU, and the Brexit will only add to the instability. This will likely continue to be the case in the short and intermediate terms as markets digest the implications of the U.K.’s historic exit.

It should be noted that the country will remain a member of the EU for two more years, during which time the nature of the relationship following the official divorce can be negotiated. These negotiations will take place without David Cameron, who unexpectedly announced early Friday morning that he was stepping down as prime minister.

The results of the referendum also call into question the unity of the kingdom itself. England and Wales both voted to leave the European bloc while Scotland and Northern Ireland were aligned in their desire to remain members.