Last week I returned from sunny Florida, where I had been attending the BMO Metals and Mining Conference, widely regarded as the best in the business. Sentiment toward gold was very optimistic, as I told Kitco News’ Daniela Cambone in last week’s edition of Gold Game Film. As always, Daniela did a fabulous job covering the event, interviewing all of the CEOs and other mining executives. 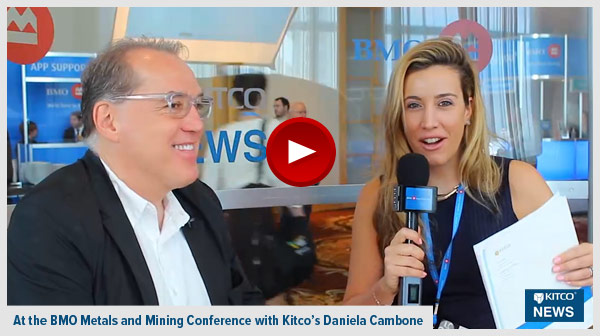 The yellow metal is 2016’s best-performing asset class so far, having climbed more than 19 percent. It just had its strongest February since 1975.

What’s more, gold appears as though it’s back in a bull market, often defined as a 20 percent gain from a recent trough. Short-term, though, it’s way overbought, so a correction at this point would be healthy.

At the BMO Conference, I had the pleasure of meeting and speaking with my friend Pierre Lassonde,cofounder of Franco-Nevada, and company CEO David Harquail. Pierre told me that for every $1 billion that flows into the SPDR Gold Trust (GLD), the price of gold rises approximately $30 per ounce. Since the beginning of the year, we’ve seen about $9.3 billion flow into the GLD. During the same period, gold has risen 20 percent from its six-year low of $1,049.60 per ounce on December 17 to end Friday trading at $1,259.25.

The first breakout signal occurred on December 31, 2015, when money started to flow into gold, and the second important signal was when gold flows surpassed the 200-day, or 10-month, average, on February 1, 2016. Since the beginning of the year, gold has surged. 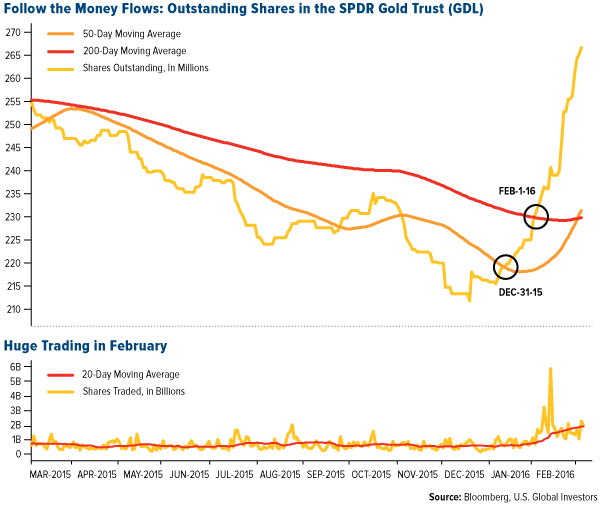 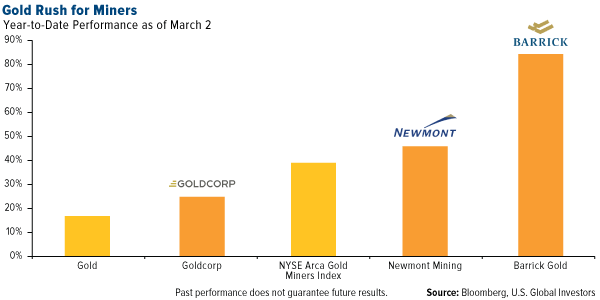 Gold is surging right now for a number of reasons, many of which I’ve covered in the last few weeks, including stronger inflation, negative interest rates and other components of the Fear Trade.

Global growth concerns have also spooked many investors, driving them into gold’s arms. Last week we learned that the global PMI fell pretty dramatically to a neutral 50.0 reading in February, down from 50.9 in January. Anything below 50.0 indicates manufacturing deterioration, and while I hope we don’t cross into that territory, the PMI has been trending downward over the last two years. We haven’t seen sub-50 readings since 2012. 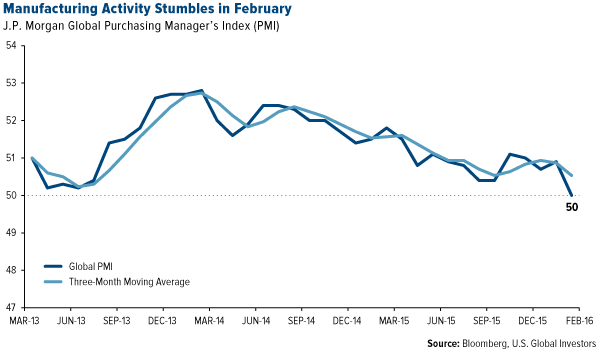 As I’ve discussed many times before, we use PMIs to help forecast global manufacturing conditions three to six months out. (I’ve likened the economic indicator to the high beams on your car, with GDP serving as your rearview mirror.) That the PMI remains below its three-month moving average doesn’t bode well for commodities or energy in the short-term. The weakness underscores the need for global economies to reform their tax systems and relax regulations, as China is attempting to do.