As the presidential primaries quickly approach, the establishment is in panic mode over the prospect of losing control. It’s not just about Donald Trump. The political class, the “mainstream” media, Wall Street, and the central banking cartel are all losing credibility in the eyes of the public.

2016 is shaping up as the year of “We’re not gonna take it anymore” – in more ways than one. It’s an encouraging development for precious metals investors and sound money advocates.

Rank-and-file Republican voters are in open rebellion against their own party. They forced John Boehner out of his Speakership last fall. Now the GOP’s voter base is refusing to line up behind any of the establishment-backed presidential candidates. 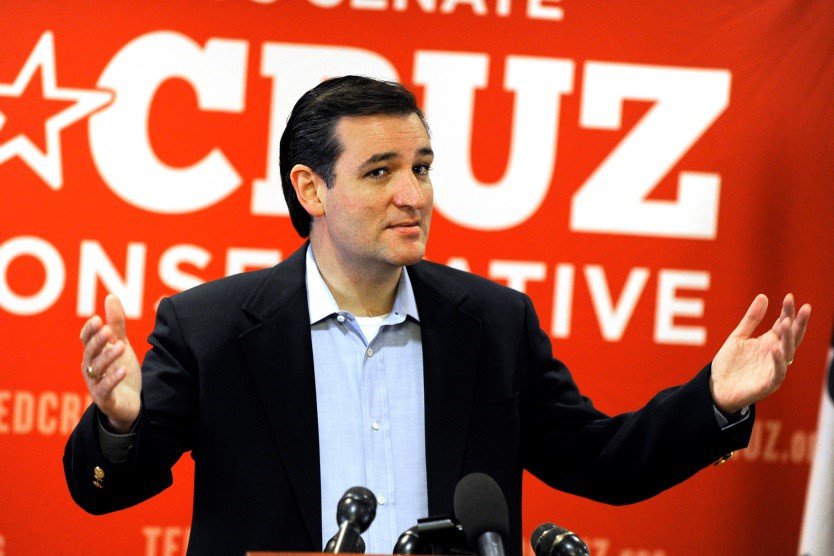 This election has thrown conventional politics and conventional wisdom among pundits out the window. The two leading candidates for the Republican nomination at the moment are Donald Trump and Ted Cruz. Trump operates completely outside of the Beltway establishment, while Senator Cruz is loathed by virtually all the politicos inside it.

Senator Cruz has undoubtedly made quite a few enemies at the Federal Reserve. He is an original co-sponsor of the Audit the Fed bill (bitterly opposed by Fed chair Janet Yellen) taken up by the Senate yesterday. The measure won 53 votes, but failed to achieve the 60 votes needed to break the Democrats’ filibuster.

Donald Trump recently berated Republican leaders in Congress for pushing through a bloated $1.1 trillion spending bill. In a stump speech the billionaire businessman called the budget a “disaster,” exclaiming, “we have debt like we’ve never had before.” Trump also made reference to the unsound monetary system that enables runaway debt spending. “We’re printing money,” he said, warning “we could be in a big fat bubble.”

Trump has gained traction in large part by defying political correctness and running against the politically correct media. It’s a strategy that works because the public no longer trusts the media. A Gallup poll last year found that Americans exhibited historically low levels of “trust and confidence in the mass media to report the news fully, accurately and fairly.” 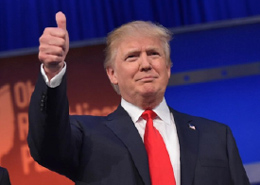 Media bias has long been a source of frustration for gold bugs. The financial media are funded (through advertising revenues) by banks, brokerages, mutual fund companies, and other Wall Street interests.

They’ll report on multi-billion dollar interest rate rigging scandals on one hand; then on the other dismiss complaints about precious metals markets manipulation as wild conspiracy theories. In recent years, virtually every market you can name – from LIBOR to penny stocks to crude oil futures – have come under media scrutiny due to manipulation. If gold and silver markets aren’t manipulated by governments or banks or rogue traders, then they would be the only truly free and fair markets in the world!

It would be nice if that were the case, but unfortunately it’s not.

The good news is that the big Wall Street centric financial media outlets are becoming less relevant. CNBC’s ratings have been tanking since 2009. Fewer investors depend on the Wall Street Journal for actionable information.

When it comes to the gold market, the Journal apparently can’t even be bothered to check the history on how gold performs during periods of rising interest rates before concluding that “a shift to higher rates is expected to hurt gold.” In fact, as recent history proves, gold prices tend to rise along with rising rates.

The Internet now blooms with alternative financial media sites like ZeroHedge that provide real insights into the precious metals markets, including how they may be manipulated. Precious metals investors have no need for TV or radio when they can listen to unfiltered expert insights on podcasts such as the Money Metals Exchange Weekly Market Wrap.

It no longer really matters whether the mainstream media want to report on precious metals markets or sound money issues accurately. If they don’t, then they will increasingly be seen as part of the irrelevant dinosaur media. They can try to ridicule gold as a relic of the past, but it is they who are becoming relics of the past. That reality may finally be starting to sink in for them.

As alternative media trumps conventional media, alternative ideas about restoring a sound monetary system may have a chance to trump the Federal Reserve. And no doubt, alternative investments including physical precious metals will eventually trump bubbly financial assets. Precious metals prices are being suppressed with the help of inordinate and obscene levels of leverage in the futures markets. But physical fundamentals will ultimately trump paper shenanigans.

If you want to position yourself to benefit from the eventual swing from conventional assets into hard assets, then acquire precious metals in physical form. Avoid Wall Street ETFs and derivative products tied to precious metals. If you can actually hold it, then they can’t control it.