Here’s the Gold Report’s initial reaction on the gold price post-Fed initial hike, drawing on some positive predictions from previous editions, but perhaps ignoring some less positive ones!  As noted in an earlier article today: Gold and the Fed interest rate decision fallout.

Predicting is a risky sport and predicting markets an extreme one. But understanding can be much more lucrative. After years of speculation about the negative impact a Federal Reserve rate increase could have on gold, a number of our experts took a contrarian view and based on an understanding that the hike was already priced into the gold price, they explained that it would actually benefit the gold price because it would remove the overhanging doubt. And that is exactly what happened. Within hours of the unanimous announcement on Wednesday that the Fed’s benchmark short-term borrowing rate would go up a quarter point, gold was up $14/oz. 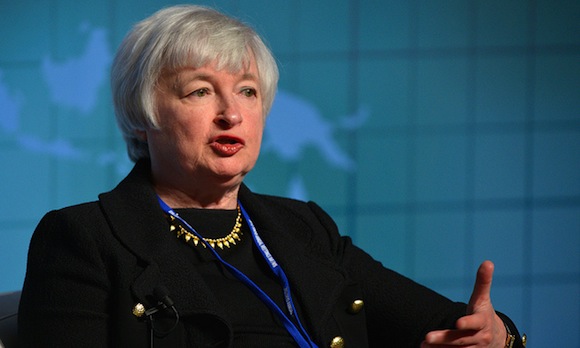 Back in June, Gold Stock Trades founder Jeb Handwerger, in an interview with The Gold Report aptly titled “Fed Interest Rate Increase Could Be Best Thing to Happen to Gold,” said he believed that the Fed raising interest rates would be positive for gold: “Money printing and easy credit has fueled the stock market rally and beaten down commodities. Investors flocked to dividend-paying stocks, and became speculative in tech, which has led to huge overvaluations similar to the late 1990s dot-com debacle. . .Rising interest rates may be the catalyst that causes investors to flee the general stock market, which has proven attractive in a low rate environment. Higher interest rates concurrent with a pickup in inflation could result in a rush to a safe haven in commodities and wealth from the earth—natural resources and precious metals, which is historically a hedge against a pickup in inflation.”

Hear all the experts. Subscribe to The Gold Report for free.

Gold Newsletter’s Brien Lundin, in an August interview, “Why a Fed Rate Hike Could Be a Blessing for Gold Prices,”told The Gold Report, “Add to [net short positions] the possibility of a Federal Reserve rate hike at some point, and we could see a big, unexpected move upward in gold. I think the timing of a rate hike has been overhanging the gold market for well over a year. Relieving that issue could actually prompt a short covering rally. It would be kind of a sell-the-news event where the shorts figure that the trade is over and this is a good time to begin covering, more and more head for the door, and we have the rally underway.”

Last week, Rob McEwen, veteran investor and executive chairman of McEwen Mining Inc., reiterated the role of low interest rates in keeping the price of gold down, “Interest rates are dragging along the floor and have forced investors and savers to desert their prudent ways and seek riskier investments in a frantic search for yield. . .Too many people believe the government can control interest rates and inflation. People are going to realize that the government is not telling us the truth about the economy, about inflation, about having the economy under control. When that happens investors will rush to diversify and put funds into gold and silver.”

Experts are hopeful that the first rise in interest rates since 2006 will begin to bring some normality back to the market. Mining.com commented, “Gold’s positive response as expectations turned to reality on rates may be an indication that with the uncertainty removed, the gold market should return to focus on fundamentals in the industry characterized by declining supply and robust physical demand.”

The Gold Report will continue to ask industry experts about a possible return to fundamentals and share their insights with you in 2016.